I've been too busy to keep up my blog for too long, but I have a good excuse : I've been visiting London on and off during long weekends the past month.
The MCM Expo of London is billed as one of the largest anime, manga and film festivals. No otaku or cosplayer should miss it and judging from the incredible amount of people waiting in rows for an early entry, I don't think any did! 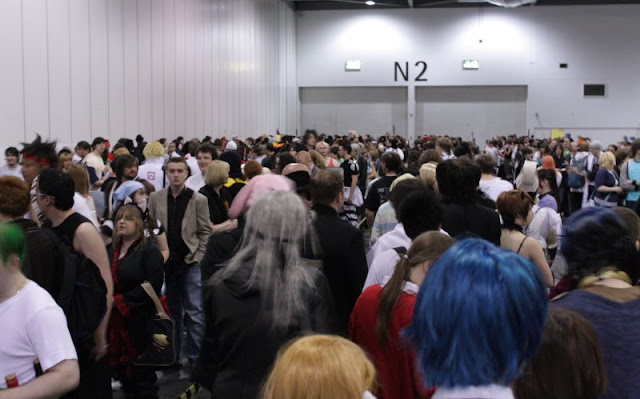 I didn't take pictures of cosplayers this time around , but I couldn't pass up on this couple in a pirate ship . ( IS that One piece ? ) 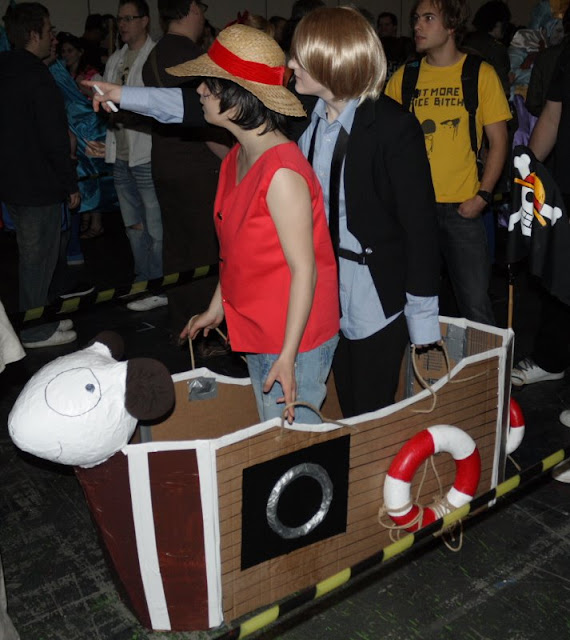 The actual hall was actually smaller than a similar event ( FACTS ) we have in Belgium , but you have so many people rotating through this that's it's has more visitors than ours.
It also allows major producing companies , while we don't allow any but small vendors.
Also a number of movie and tv celebrities attend, which we do have (but only for signing sessions) and here they do Q&A sessions.

I got to see the lovely Linda Hamilton live doing a Q&A. She explained there was no shortage of rolls offered to her after the Terminator movies, if she wanted to play a tough cop or similar parts, but nothing interesting. Hollywood typecasting, sigh! 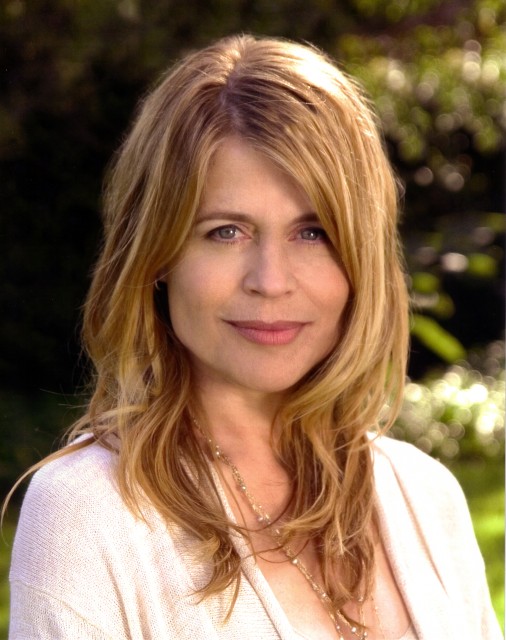 The highlight for me came on day 2 when I met Priscilla of Kimono Daisuki and some of her friends.


From left to right : me, Priscilla, Mel and Hong. I 'borrowed' this pic from Priscilla's Flickr page. 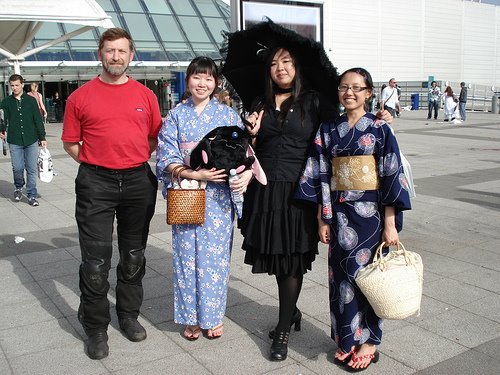 We went inside to browse around a bit : I'd already seen everything three times over , so I just tagged along.

As elegant as Mel looks in her Lolita outfit she also has a (dark?) other side you wouldn't expect.
Here's Mel competing with the guy next to her . He's being demolished and by the look on his face , totally not believing this is happening to him.
Get them , Mel! 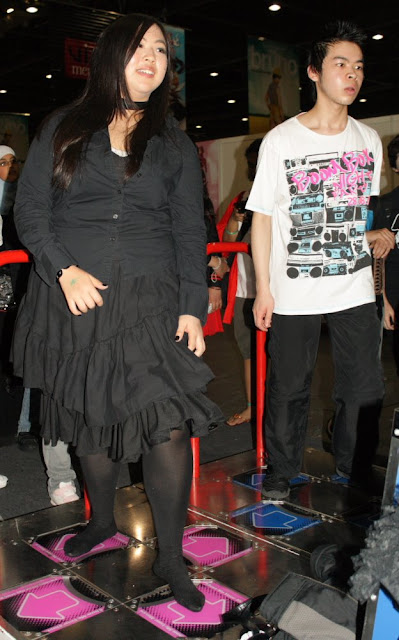 After the show we went outside for a few pics : Hong and her boyfriend : Francesco. 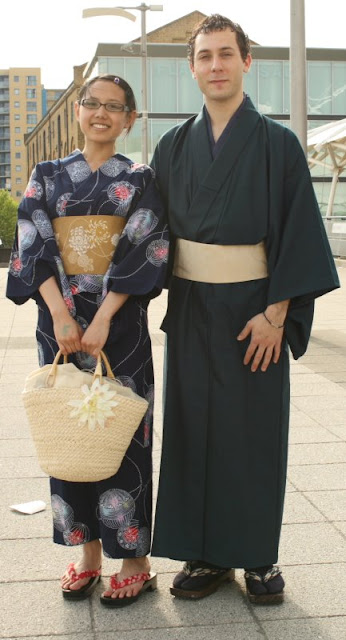 Priscilla and Mel. The black stuffed animal with the blue stone and the huggability factor of 1000 ( according to Priscilla) is Larg the Mokona from the Tsubasa series.

Afterwards everybody went to a Chinese restaurant where we ate a Chinese 'delicacy' I'd been looking to eat for a long time : Century eggs.
They're an interesting taste : a bit salty and sort of rubbery and of course they look very black.
I found a recipe here. I really liked it, thanks again for the treat and the nice time , guys !
Posted by Walter at 21:50