After neglecting my vegetable garden for years ( well I do plant potatoes in them each year ! ), I decided to start again this year.

I bought seed for  a few vegetables I never grew before , just for the fun of it.
These are the seed packages : European long white radish ( not really "daikon", but still 10 to 15 cm long ) and "negi" : Ichikura onions ( look a lot like leek, but thinner ) . I can still sow the radish, but for the onions I'm 2 months late :(   Ah well, next year for sure! 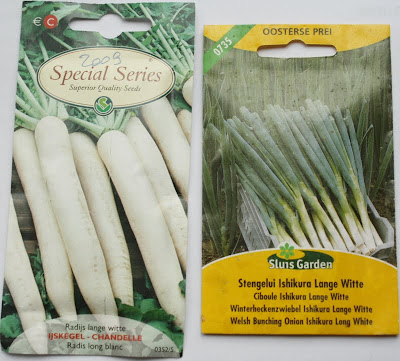 These are the seed packets for Green Pak Choy ( well known in China but also used in Japan ) and Mizuna ( which I'd never seen before in any shop here ). 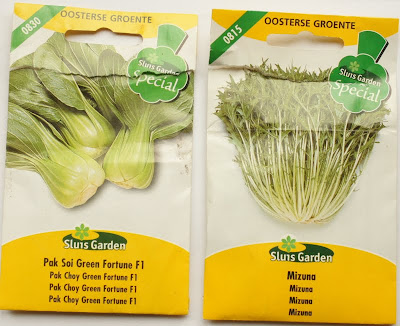 3 weeks ago I sowed a small row of Mizuna ( right of the picture ) and 1 week ago half a row of Pak Choy and resowed Mizuna in those spots where the first didn't show : to be honest the first seed was 2 years old , haha!

It's been terribly hot and dry the past few weeks (30 °C and more ) so I water them well once a week. 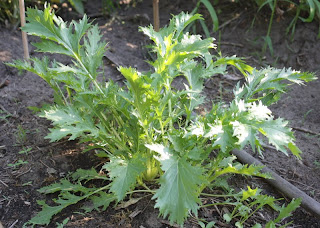 The 3 week old Mizuna is growing pretty well , almost 20 cm tall , although I have no clue when to harvest it , since I've never seen it before. I also need to look for recipes : only my tsukemono cookbook (pickling recipes) refers to them as Kyo-na ( Kyoto greens) used in Kyo-na Shio-zuke ( salted Kyo-na greens : a traditional winter recipe ?!) .
The smaller ones are only a week old : surprisingly unaffected by snails ( maybe they don't like Japanese ? ) 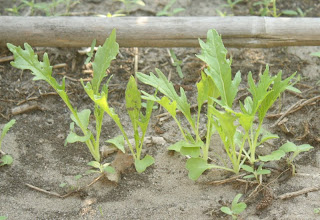 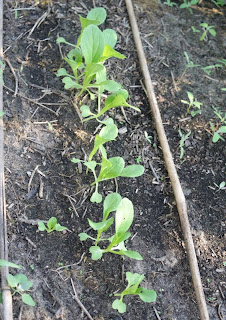 This is New Zealand Spinach ( some species of which are native to Japan ). This is the edible species  Tetragonia tetragonioides ( which I'm sure you knew already ).
It's one of my favourites , because it's actually a succulent, grows also in hot weather and the slugs and snails avoid it like the plague :) 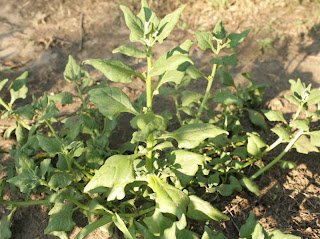 These vegetables look so familiar to me but I've never grown them by myself. Haha, it's cute snails there were not interested in Japanese vegetables? ^ ^ Good luck!