Last Saturday 18th of August , to conclude the  'Obon Childrens Days' week  in the Japanese Garden in Hasselt, the Japanese Cultural Centre organised a Nocturnal Obon Matsuri ( Bon Festival ).
(click on the pictures and a large version will open in a second window ) 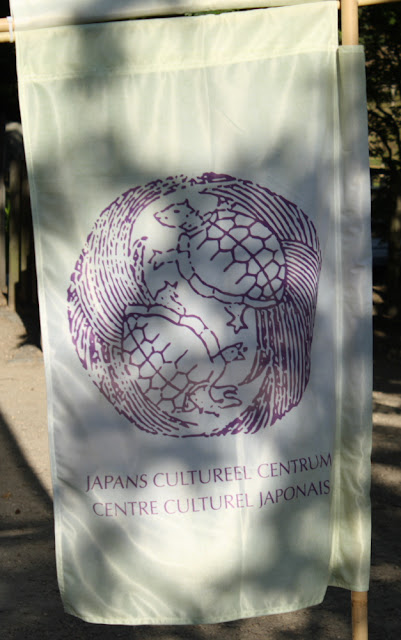 Entering the garden through the small tori at the entrance. 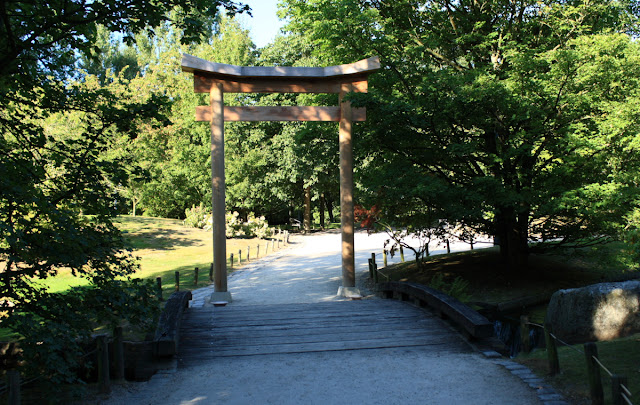 It's a sunny day and hardly anyone is around at this time so I have the waterfall and the garden all to myself. 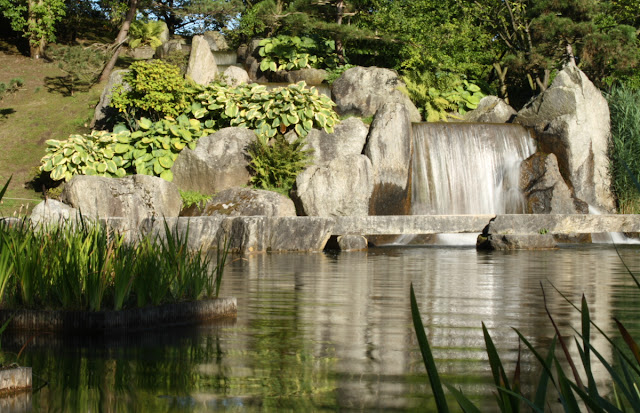 In front of the centre stage , where the taiko drums are waiting, lots of colourful origami cranes from the Kids Days. ( the giant kanji character behind the stage is 'matsuri' ) 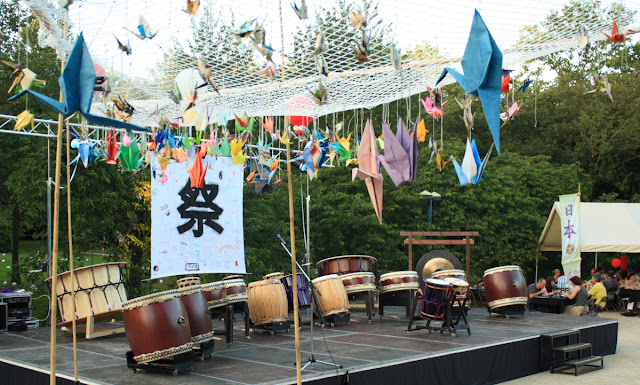 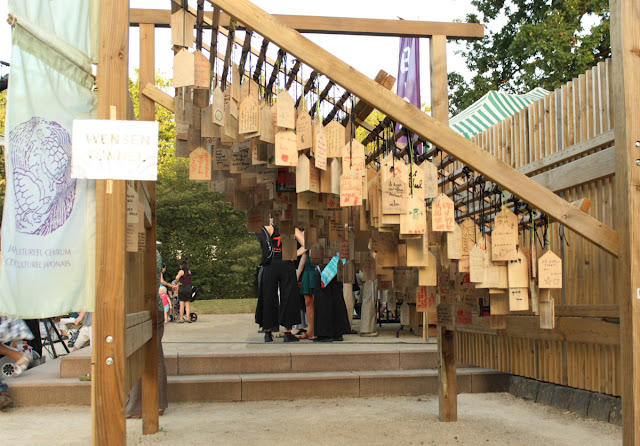 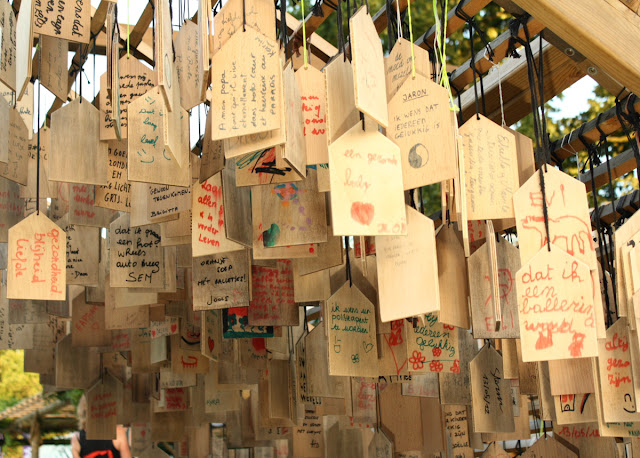 At the festival tent , I meet Ben en Maaike of the KDJ NL , who've just finished the first course of their Japanese festival dinner. 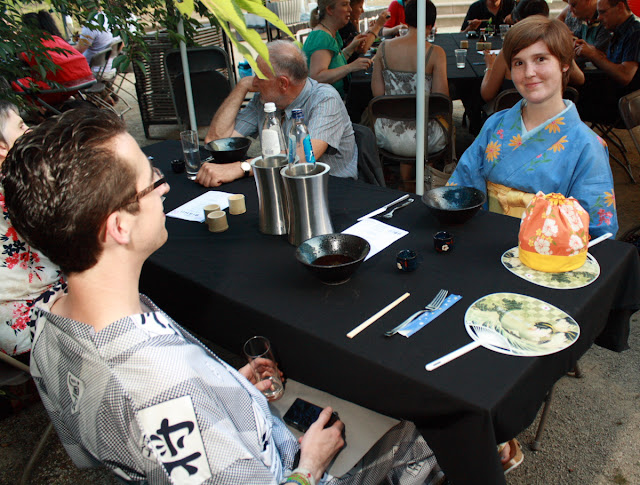 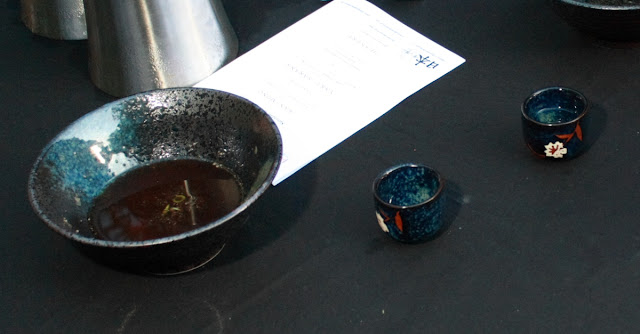 While they're eating, I take a look around the garden. Behind the stage a lawn has been 'planted' with little white rabbits for the children to take home and colour. They'll be able to use them as entry cards for the Moon festival end of september.
Behind the lawn a woman is telling Japanese fairy tales. 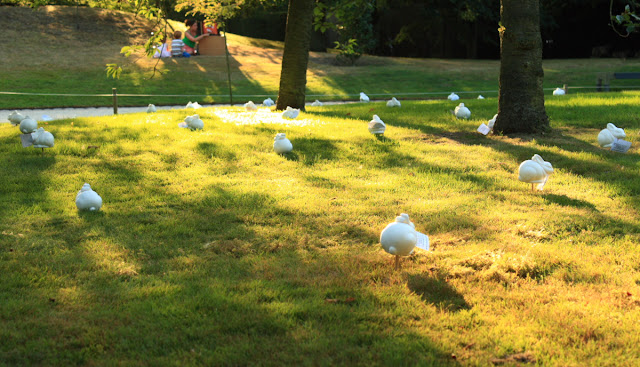 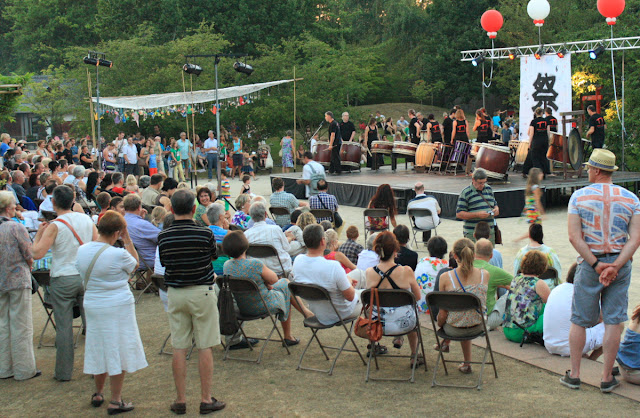 The taiko drummers are warming up 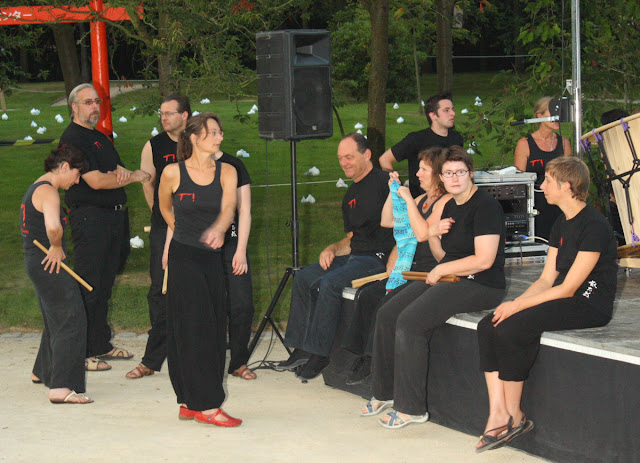 but they can not go on stage yet because first two groups of children were give us their own performance on the taiko ^^. 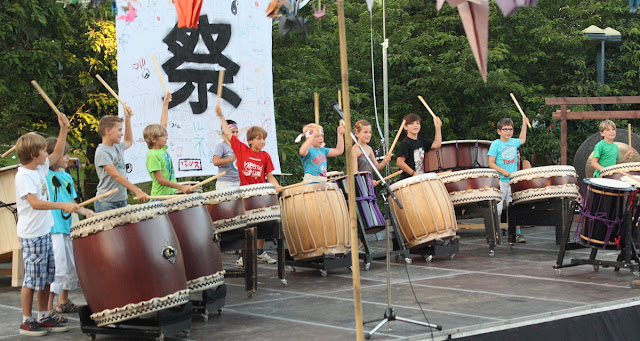 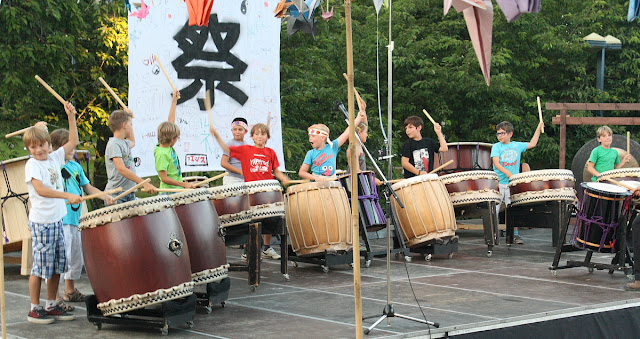 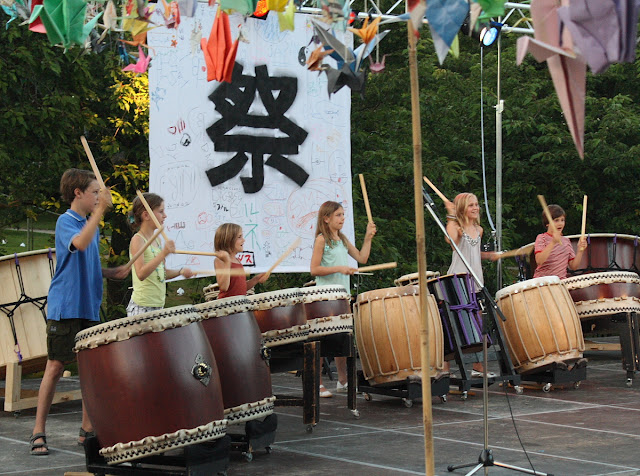 Now that the drums have been warmed up , 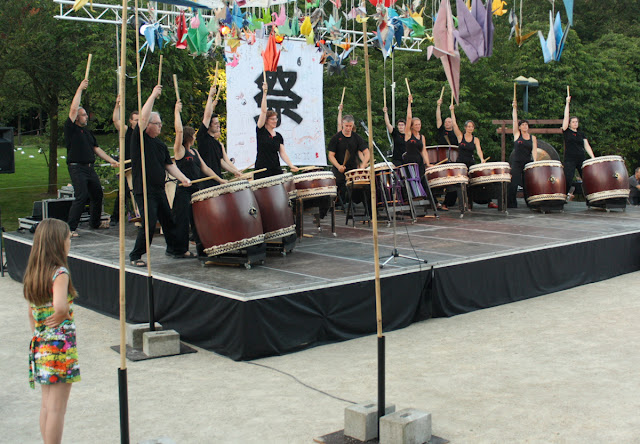 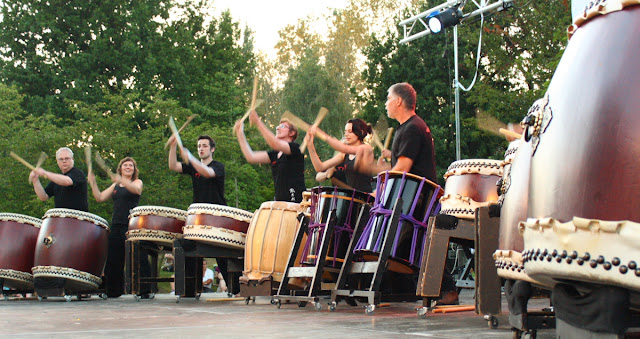 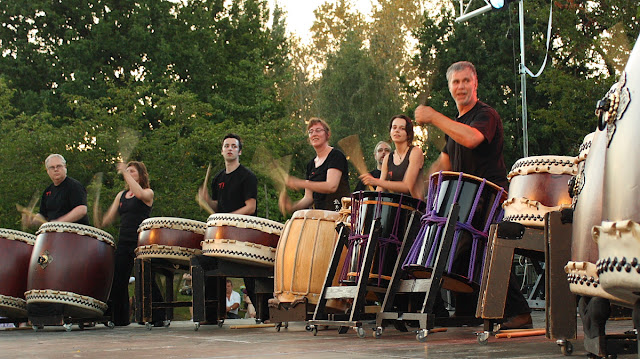 Behind the kitchen, the chef and staff from Oishii are arranging the dessert. 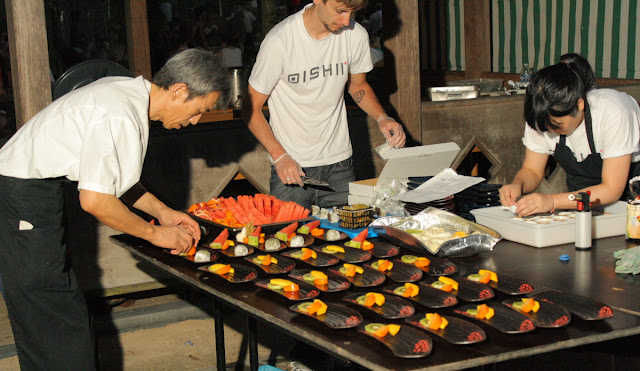 Night has set in and while the bon odori ( lit. : bon dance ) is starting up,  I stroll off into the garden
for a few night shots.

The bridge from the tea house has been strung with blue lights and across the pond the bon odori is in full swing.

Lots of candlelight everywhere and the lighting has been left on. 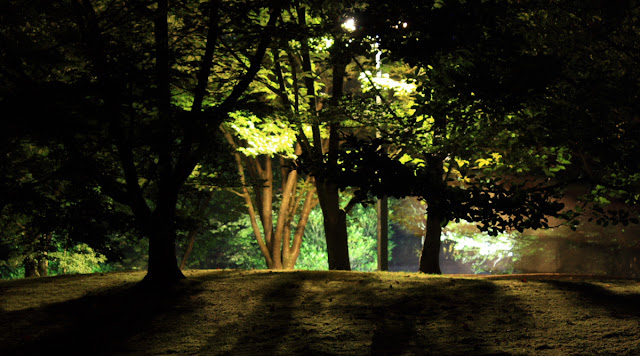 The chochin ( paper lanterns) from the toro nagashi ceremony have drifted across the pond.

with the tea house fully lighted 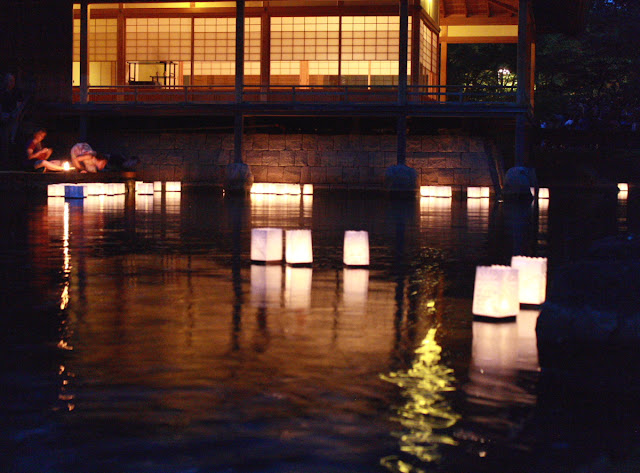 and silhouetted against the night sky. 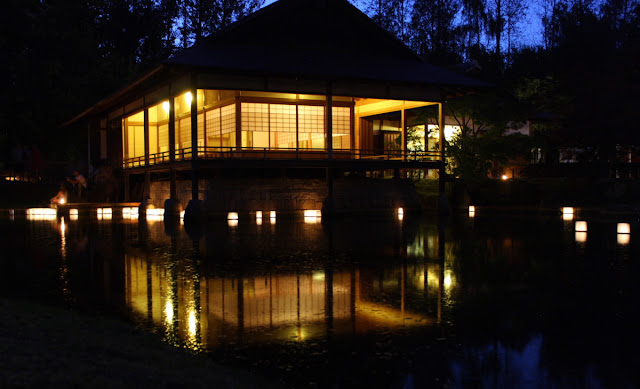 Wonderful photos!
They wear kimono stylishly and perfectly! I'm astonished.
Kimono suits them very well.
And this museum is wonderful place!
Thanks for sharing^ ^

Hello Kumiko-san, thank you very much for commenting on my blog.
I am glad that you like it.

You can find more pages by clicking the label on the left "kimono" or "japanese garden". The young women are members of the Kimono de Jack Holland , who have a Facebook page