September 2010 , lovely day and I'm on my way across the Channel looking forward to the 2010 Matsuri in London. 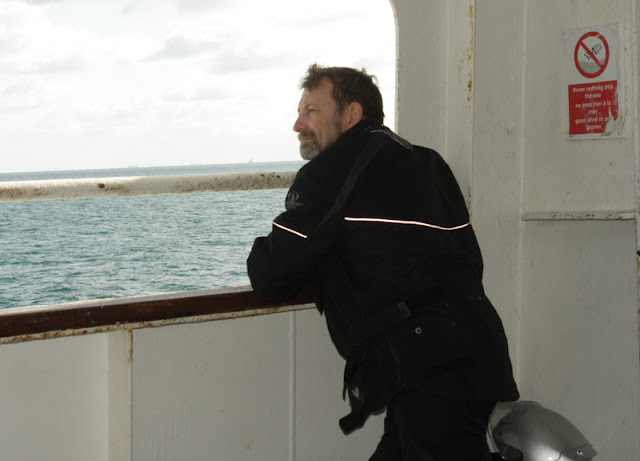 It's being held in and around Old Spitalfields Market , in view of the London Gherkin Building. 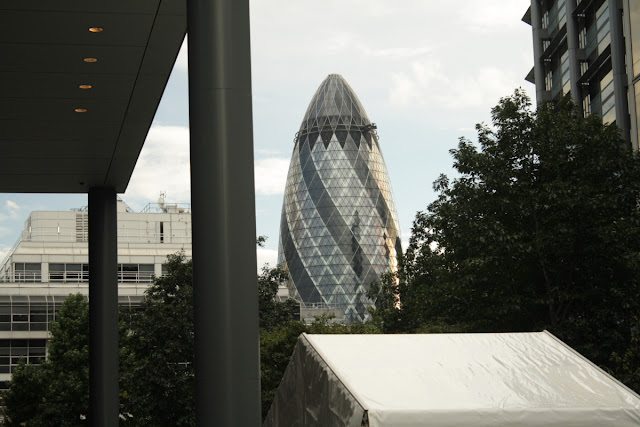 I've arrived early and most people are still setting up their stalls. 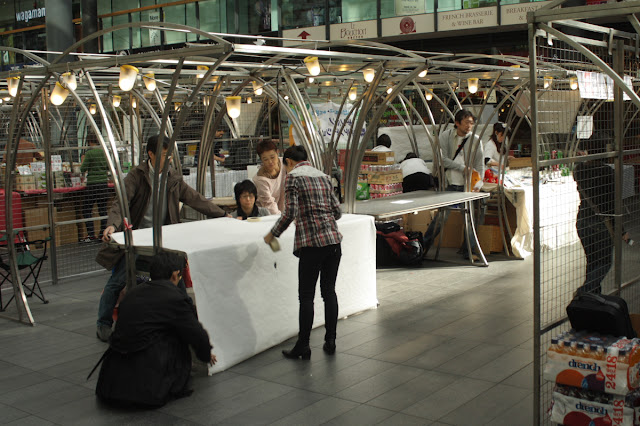 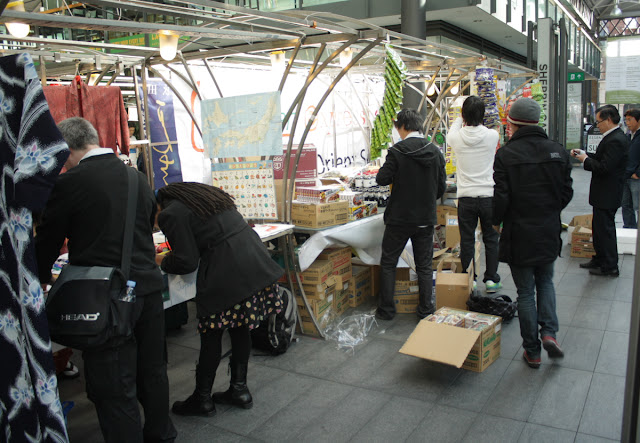 Lots of food stalls as usual, which is bad news, I'm trying to lose weight. 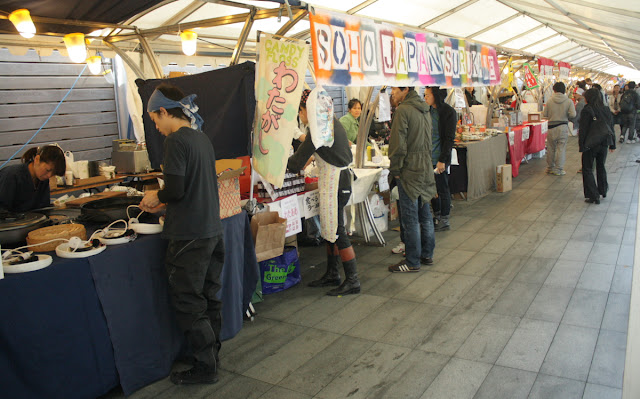 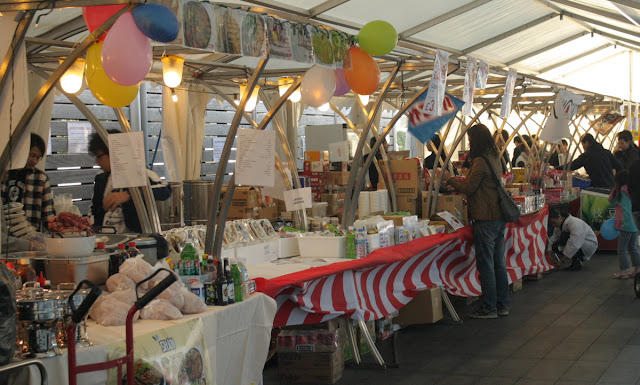 Here's an interesting fellow : he brews a belgian-type beer that has japanese rice in it to add to the flavour and he claims he does it in Belgium. I accost him immediately with the message that I'm from Belgium, know everything about Belgian beers and have never heard of him. He's not phased at all, haha.
I like his guts : Belgium is the kingdom of beer , it's like going to Japan as a Belgian and starting your own type of sake.
After a taste , I buy a sixpack. I actually ran into him again this year, he helps out at the Japanese Nagami Superstore in Brussels. If he could just lower the price a bit, he'd have a winner. 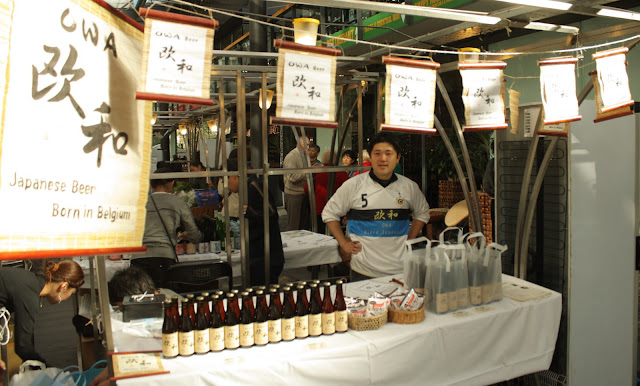 On the other side of the Market , the practioners of Kendo are gearing up. 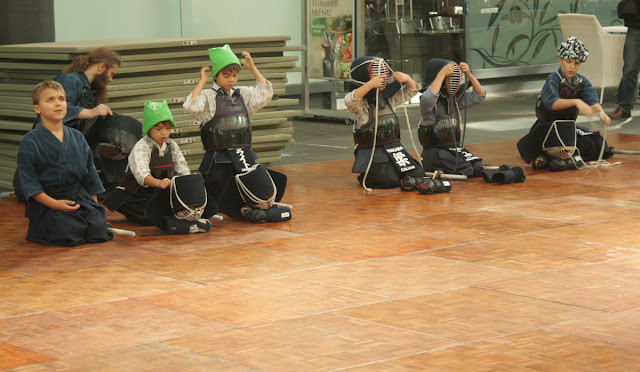 Facing the sensei for striking practice. 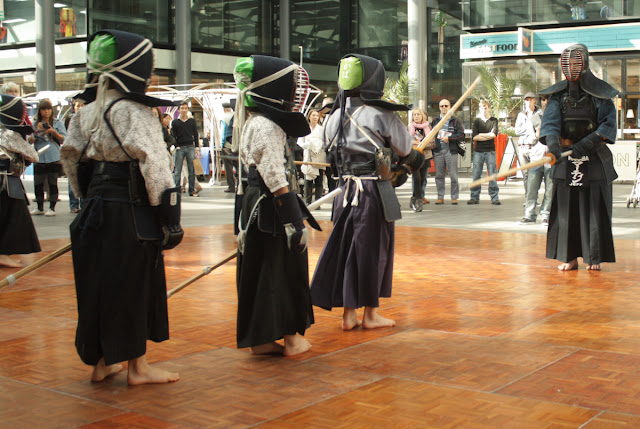 He's the smallest of the lot, but he attacks his larger opponent with just as much fervor.
Not a good strike though, you're supposed to hit with he bit between the white markers and dead center of the head. He's young, he'll learn. 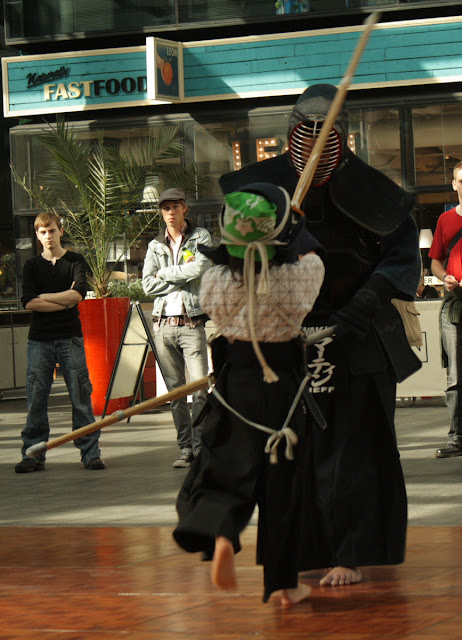 I always love to hear the playing of the koto. Nothing says 'JAPAN' so much for me as that. 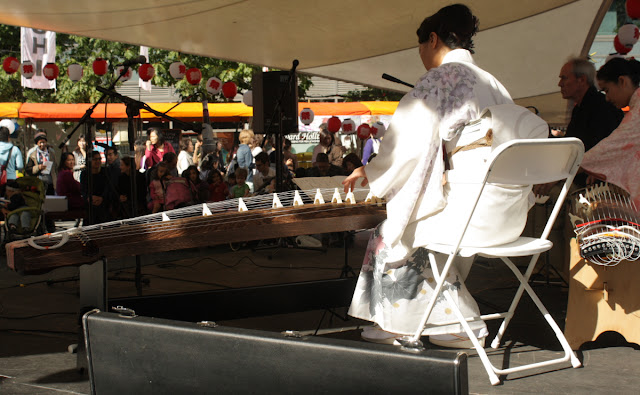 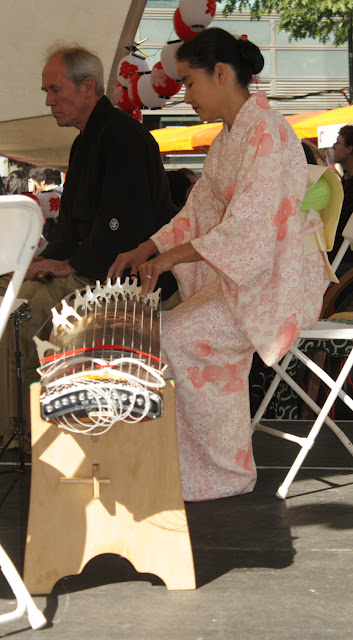 You need to be supple to reach for the lowest notes. 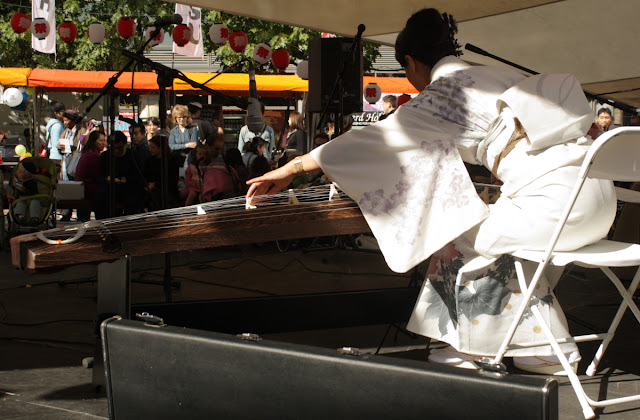 Lovely butterflies on that taiko musubi ( the drumlike knot at the back).

Of course, you can't beat this little girl's Hello Kitty yukata when it comes to being kawaii ! 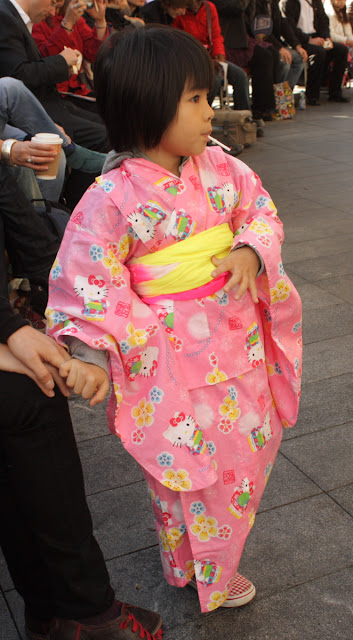 No Matsuri would be complete without the Kimono gang : April, Isla, Hong and Lyuba﻿. 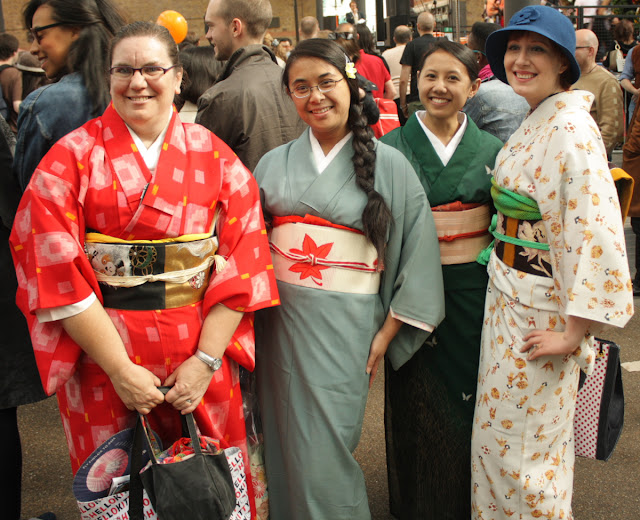 Nice to see that lovely green fabric made into a kimono (see : New Ro Kimono on her blog )

Showing off the sleeves. 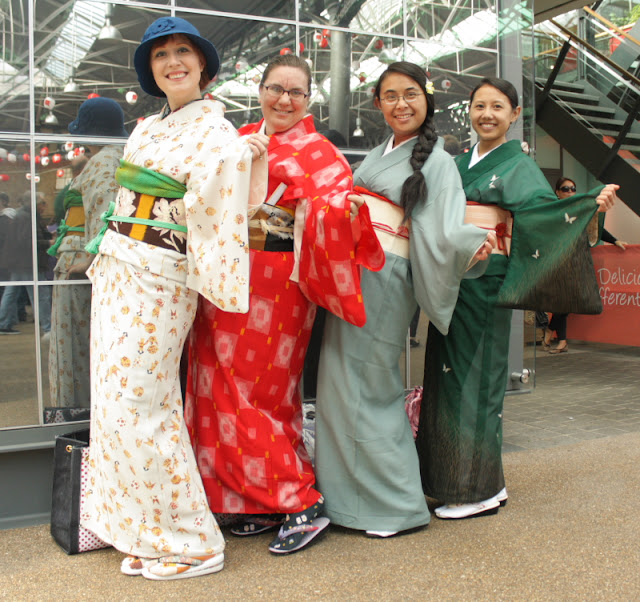 Huddling together before Winter. 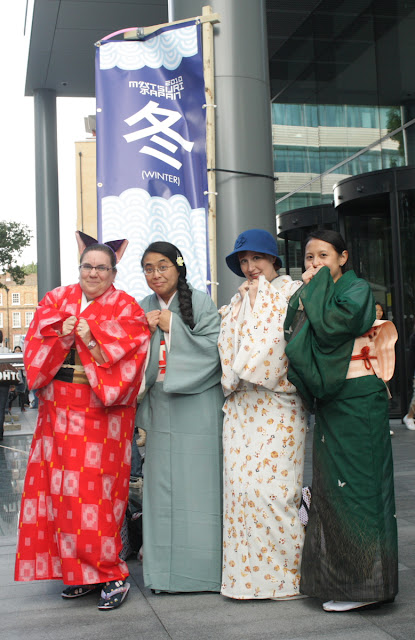 All that posing and shopping makes you hungry, so we go for tapas. 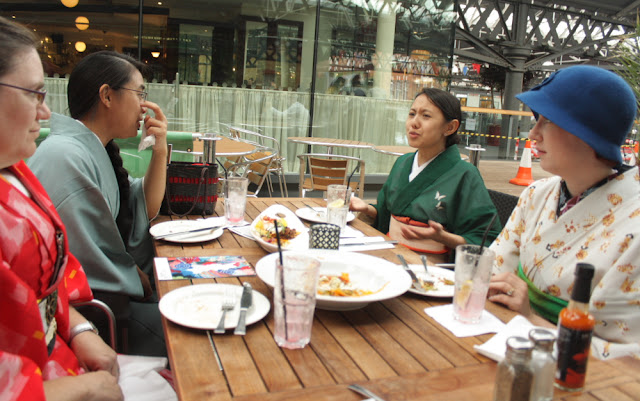 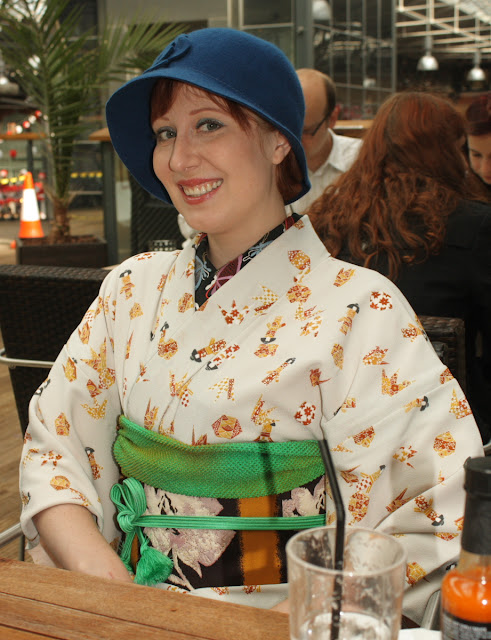